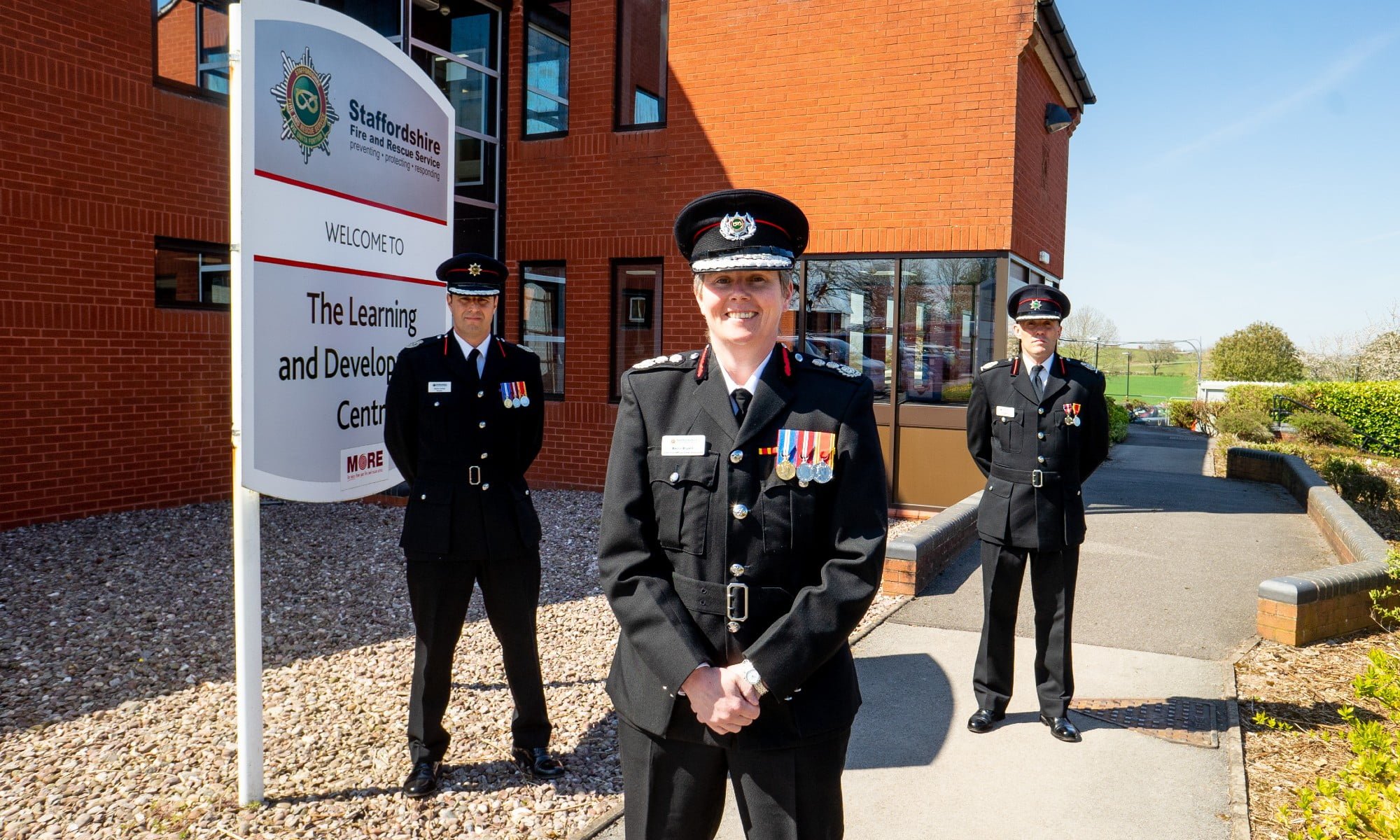 Earlier this year, Chief Fire Officer, Rebecca Bryant, announced her decision to retire in October 2021. This announcement comes after 29 years in the Fire Service. As one of just seven women CFO’s in the UK, Becci is a real trailblazer—and has been breaking down stereotypes along the way.

She started out as a Firefighter in 1992 with Bedfordshire & Luton Fire and Rescue Service, one of the first three women firefighters to enrol there. Whilst there, she took on the role of Leading Firefighter and then of Sub Officer.

In 2020 she was awarded the Queen’s Fire Service Medal. And her appointment to Chief Fire Officer in 2016 also made history—becoming the first woman in the UK to achieve such a distinguished position after beginning her career as an operational firefighter.

The following interview with Becci touches on coaching and mentoring, the power of inclusion and how those around us can inspire determination to succeed.

Did you ever sit down and plan your career?

The simple answer is no, not really. I always knew I liked a challenge. After some years in the same role I needed something new to stretch me further. When I first joined I thought the role of rider Station Officer looked like quite a good one. But within a few months of being on station, Bedfordshire stopped promoting into that specific role.

The roles I’ve taken on have been roles that were varied and offered me a chance to expand my knowledge. So working as an instructor in learning and development I think was a pivotal time for me. This was simply because I came off a station not really knowing how much was going on in other areas of the Service. The exposure of working at HQ and seeing all of this helped me understand how all the pieces of a Service fit together far more clearly than I had realised before.

If you could give a piece of advice to your younger self what would it be?

It is good to be different and bring a different perspective to the table. Don’t be afraid to say your piece constructively. Your view might not be heard all of the time but it is important that your voice is part of the conversation.

What or who inspired you on your career path?

I have had several people who have influenced me during my career. Dave was the oldest firefighter on my first watch, who took probationary firefighters under his wing and helped them enormously. Colin and Nick, instructors at Cheshire, helped me when I first moved into Cheshire. There have of course been some individuals who managed in ways that helped me recognise that was not the way that I would operate should I have been in their role.

I think you can always learn from great and then indifferent experiences of people. But I think the one thing that shone through with those who really helped me, was their enthusiasm and commitment to helping and not laughing at my questions. They understood how their behaviour impacted me and that’s something I learnt from.

Have you ever mentored anyone and how does that feel?

I have mentored a few people over the last few years and it’s been a fantastic opportunity for me to learn as much from them, as hopefully, they have from me. I believe that mentoring and coaching are really important development tools. We don’t use that enough in Services which I think needs to change. There is a significant difference between the techniques though, and that’s important to recognise when you are thinking about what development you are looking for.

I have had mentors and I have used a coach from outside the Service to work on a specific area. I would encourage people to seek out those opportunities and I would say don’t be afraid to ask for this type of support. If Olympic athletes have coaches then why wouldn’t we in the Fire Service. Whether that is as a line manager or a more experienced firefighter on a watch—coaching should be part of the way we help to develop ourselves and others.

Can you share your top two tips or values that you stand by?

Be human at work. Get to know the people you work with and understand you have an impact on them whether you see it or not. Talk to people who you might not normally gravitate towards. I guarantee you will learn something from them.

Value the difference people bring to work every day. We can learn so much from each other and ultimately that helps us grow as people.

What do you believe has been a major factor in your achieving success?

Firstly, the people around me that have helped me in so many different ways, and those that continue to help me. The group of people that I can turn to when times are tough are such a source of strength and resilience for me. Whilst that group has changed over my career, having those trusted people to turn to has been a constant. Some of these people are in the Fire Service and others are in other roles in the public and private sector. Having those different perspectives and views has been so useful on many occasions.

Other things that have been a part of my career are the values that are important to me. Seeking learning in everything and not being afraid to ask questions is part of a drive I have to be better both as a person and as a leader in the Service. I truly believe we need to hear the voices of all within our organisations, even when we don’t like to hear what they have to say. Because if we don’t hear it, we can’t consider or include those views, so inclusion is very important to me. We should be approachable and be able to have conversations with anyone who works for us and truly value the difference they make as individual’s, regardless of the role they fill.

We all depend on each other. So if our cleaners don’t keep our workplaces clean, if payroll doesn’t pay our wages, if workshops aren’t able to repair fire engines or cars, if our IT teams can’t provide the infrastructure we need to work then all of these things and many more impact on our ability to deliver to our communities which is what we are here to do.

Thanks to Chief Fire Officer Becci for this interview!