The Women in the Fire Service UK National Executive Committee (NEC) includes our Directors, Regional Representatives, Executive Members and Co-opted Members. This makes up our governing body – a maximum of 25 people. The NEC meets three times a year or more, to vote, share successes and report on projects. Our Local Representatives also attend these meetings, and although they are not part of our formal governance, Local Reps play an important part in the NEC.

Our committee meetings are a chance to raise issues and inspire change – bringing together people from Fire Services across the UK to share, reflect and learn. The NEC is also a great networking forum, where we celebrate inspired ideas, work and initiatives across Services. A great reminder of why we do it! The National Executive Committee meeting minutes are public and available here.

Meet some of our committee below! 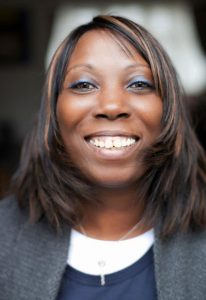 Divine joined the London Fire Brigade (LFB) in 1996 as a temp, becoming permanent in 1997.  She has had various jobs at LFB, and in 2015 joined the Resource Management Team as Team Supervisor.  In 2017 she received her 20 years Long Service Certificate.

Divine maintains she put her hand up by accident when they were voting in Executive Committee members and that’s how she got the role at WFS – now it’s a role she couldn’t possibly see herself giving up! She realised how important it was to have WFS when she was supported through a very difficult part of her life.  Being a part of WFS gave her chance to flourish and support other members, and inspired her to get rid of the so called divide between different occupational groups. WFS has helped her celebrate lots of wonderful things in life such as promotions and the birth of her grandsons.

Her role as Communications/Merchandise Officer has boosted her confidence and has given her the chance to enhance people and social media skills. Divine is the RMC/Control Rep but has also had active roles in other Support Groups not only in the London Fire Brigade but also in partnership with other partners in the GLA – which has included being part of the team which run the LGBT Leadership Programme in conjunction with Transport for London and the London Ambulance Service. 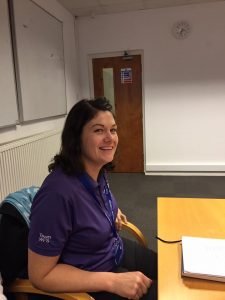 Sara joined West Midlands Fire Service in 2006 where she was a Crew Commander. Since 2019 she has been a Watch Commander at Hereford and Worcester Fire and Rescue Service.

She has been involved in Women in the Fire Service since 2007, almost as long as she has been a Firefighter. Sara’s roles with WFS are Regional Representative for the West Midlands and Positive Action Lead.

Sara loves being part of a great group of women, who have given her encouragement, introduced her to an amazing peer group, and always been there for advice and support.

She lives in Worcester with her son and enjoys open water swimming, mountain biking and baking cakes. 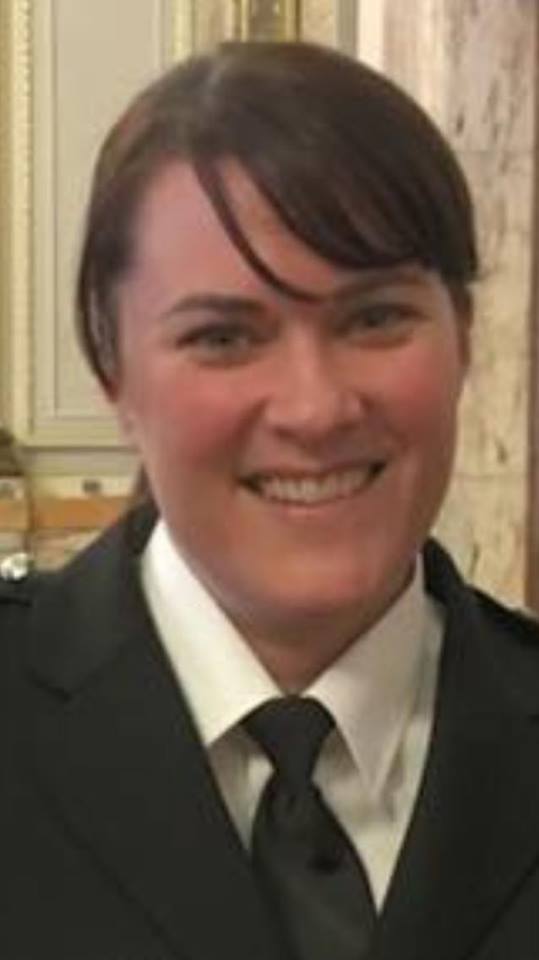 She has been involved with WFS for many years and is passionate about the development of women.

She enjoys crossfit, walking and spending time with family and friends. 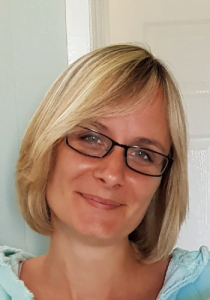 Vicky joined Cornwall Fire and Rescue Service in 2005 as a risk analyst. Having undertaken various management positions within Cornwall, she was proud to be promoted to the role of Assistant Chief Fire Officer in 2017 with the responsibilities for people, assets and enabling services.

Vicky loves Cornwall and feels very lucky to spend time out of work with her husband, two amazing children and a crazy golden retriever enjoying the beautiful Duchy has to offer. She is incredibly passionate about the fire service and became involved with WFS a number of years ago.

“If it hadn’t been for the amazing role models across our sector then I wouldn’t have had the confidence or courage to be where I am today. That is why I am so enthusiastic to be involved with this amazing network.” 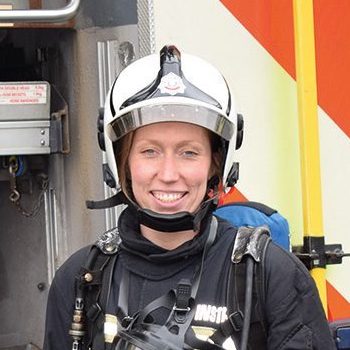 Having spent three years seconded to the Fire Service College, Jenny has extensive instructional experience working in Breathing Apparatus, Fire Behaviour and Road Traffic Collision, and has trained firefighters from both the UK and overseas. With additional experience in overseas deployments, she has a background in improving capabilities in developing countries and those with limited infrastructure.

Jenny is part of the National Executive Committee of Women in the Fire Service UK, particularly around the planning and delivery of their annual 3-day training event. She was awarded the Silver Award for services to the organisation.

Prior to joining the Fire Service, Jenny was a professional expedition leader and expedition operations manager, and has both led and provided support to operations in challenging environments worldwide; this also involved working in partnership with NGOs and INGOs.

Outside of work, Jenny enjoys the outdoors and competes in endurance sports events. She has completed the Marathon des Sables and multiple Ironman races, including the Ironman World Championships in Hawaii. 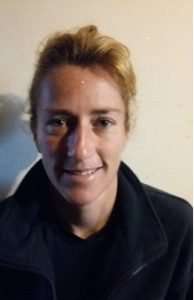 She moved to Mid-West Wales on secondment in 2015 as a firefighter and was then seconded to the Strategic Risk Review Team as a Communication and Engagement Advocate.

She has been involved in Women in the Fire Service for many years and loves the support and to be part of a great group of women. Her current role is Wales Regional representative for WFS. 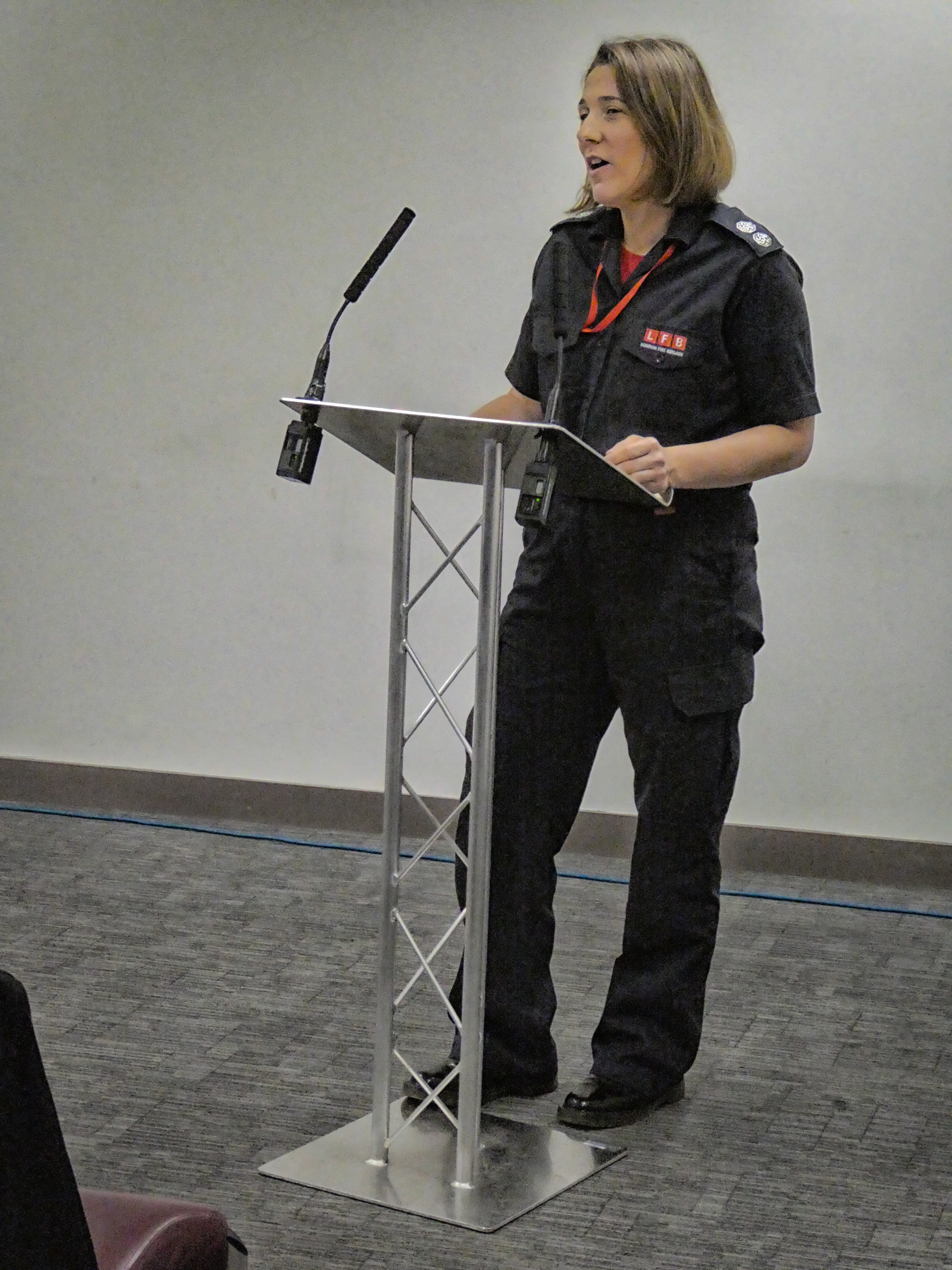 Serena joined the London Fire Brigade as a Firefighter in 2001 and is the WFS Regional Rep for London. She is also the LFB Operational WFS, and one of the WFS university trained mentors.

She believes strongly in social responsibility and has worked on initiatives like the Juvenile Fire-setters Intervention Scheme (JFIS), the Local Intervention Fire Education team (LIFE) and Outreach.

Serena has had opportunity to work in some LFB teams including the Command Units, Incident Command Policy, and Strategy and Inclusion, and is currently a Watch Manager at Dowgate Fire Station in the City of London.

Serena is inspired and motivated by the WFS team and the brilliant people she’s met along the way.

Outside of work she volunteers for Breast Cancer Care and dabbles in dressmaking, and loves travel and literature.

Elizabeth Curtis is Communications Manager at East Sussex Fire and Rescue Service. She only planned to stay a couple of years when she joined in 2013, but found it such a great sector to work in she couldn’t ever imagine leaving! Elizabeth has benefited from working with some really inspirational women. She names Cheryl Rolph, Jules King and Dawn Whittaker among many others! She wants to use her communication skills to give others the same opportunities she has had. And she is keen to encourage some of her non-operational colleagues to get involved with WFS too as she’s had such a positive experience attending WFS events.

Elizabeth said, “ I love to look at the bigger picture, as too often in life we can get stuck in a rut and keep doing what we’ve always done. Everything I have seen about WFS makes me look up and outwards to see what else is happening and how we can make things better. If we ever meet I am most likely to start chatting about either food or my lovely little nephew who I spend most Saturdays with having races! Am not a natural athlete but I even did Couch to 5K to be able to keep up with him!”