Jules joined the Fire & Rescue Service in 1994, originally being posted to Eastbourne Fire station. Since then she has worked at various locations across the county in different roles. In 2002, she was promoted to Station Manager for Crowborough and Forest Row, and then transferred to Station manager for Wadhurst, Mayfield, Heathfield and Burwash in 2005.

She was appointed as the Borough Commander for Hastings in 2006 which was part of a new Borough Structure introduced in East Sussex Fire & Rescue Service. In 2009 she became the Borough Commander for Eastbourne, staying for three years before taking a sideways move into headquarters and working as the lead Fire Investigation Officer for the Service for 18 months. She took up the position of Command and Operational Manager within Learning and Organisational Development in 2013. And in 2016 Jules took position as Group Commander for Hastings and Rother and the portfolio holder for Learning and Development. She was promoted to Assistant Director of Safer Communities in September 2020.

Away from work, she loves being outdoors and spending many happy hours on the South Downs with her family.  She plays hockey for a local team, is a keen football fan and enjoys running and cycling. She is also part of a gender inclusion network in East Sussex which supports and compliments the work of WFS. 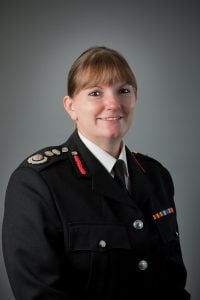 Dany joined the Fire Service aged 18, after leaving college in 1988. She attained her first rank of promotion after serving seven years as an operational firefighter. She served at several fire stations in different roles over the years and following an initial interim period, was the Commissioner of London Fire Brigade from 2017 to 2019. She was the first woman to hold this position.

She has been involved with WFS since 1998 and became Chair in 2013. Some of the highlights of her career include being awarded the Queen’s Fire Service Medal in the New Year Honours list in 2004; being named as Public Servant of the Year in 2002; being the winner of the First Women Award in the category of the Public Sector 2014 and the Most Influential Woman in Fire in 2015.

Outside of work her hobbies include mountain biking, fitness training, skiing and watching British Touring Cars. 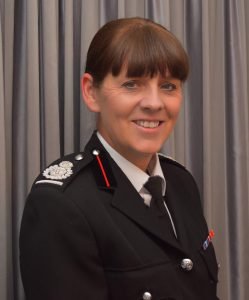 Alex joined Derbyshire Fire & Rescue Service as a firefighter in 1992, serving at both rural and city centre stations across the county. She rose to the rank of Area Manager, leading the service’s prevention, protection and inclusion work.

She has worked at the service’s training centre, both as breathing apparatus instructor and group manager, and is a fully qualified fire protection officer. She served with Derbyshire Fire & Rescue for more than 25 years.

She has been a member of WFS for many years and previously been the women’s representative for the Fire Brigades Union in Derbyshire. Supporting women and enabling them to reach their full potential is something she has always been passionate about. 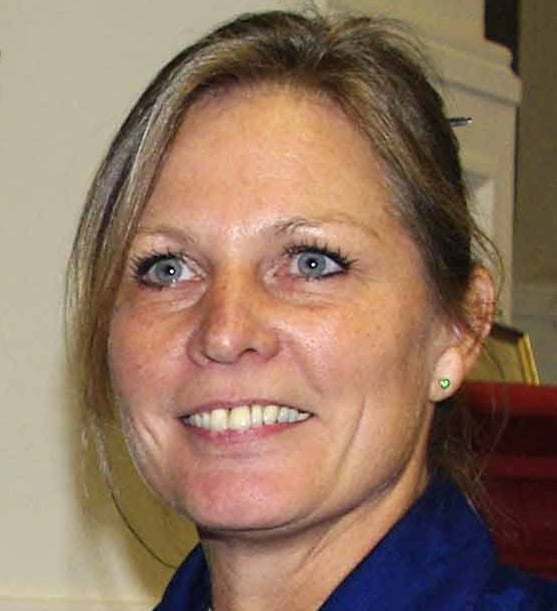 Caroline joined Devon and Somerset Fire & Rescue Service as an on-call firefighter in 2004 and soon realised she had found a career she loved, even if a little late aged 38.

She has gained much experience in the fire service including community safety, with a particular passion for road safety education, protection, firesetter intervention and staff support. In 2010 she secured a secondment at headquarters in the equality and diversity department.

Her first undertaking with the organisation was attending the Networking Women in the Fire Service training and development event in Newcastle. Inspired by the enthusiasm and professionalism of the women she met there, she joined as a Regional Representative and hasn’t looked back since. She is currently Recruitment and Retention Officer for Devon & Somerset Fire Service.

Caroline lives in North Devon with her cats and her favourite pastimes are walking in the countryside, cooking, eating and watching rugby. 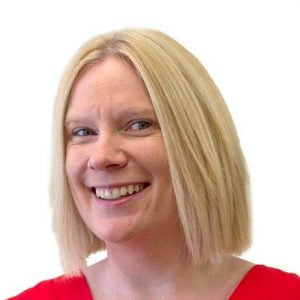 Louise worked for Derbyshire Fire and Rescue Service for over 12 years in their HR department and became a Chartered Member of the Chartered Institute of Personnel & Development (CIPD) in 2008.

She has extensive HR experience, having worked her way up from HR Administrator to a Senior HR Partner before leaving in 2016 to gain experience in different industries.

Louise has been a Director since 2012 and believes in WFS so strongly that she remained dedicated to the role when she left the fire service. A big advocate of supporting the development of women – she believes with encouragement, people can achieve anything they want to. Volunteering with WFS has increased her self-confidence and in 2016 she achieved a Masters in Human Resource Management.

Outside of work she enjoys camping, keeping fit, listening to music and learning new things. She’s also quite fond of cats. 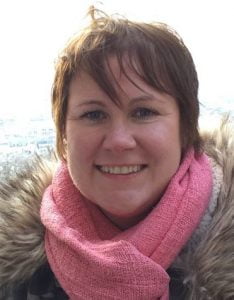 Nicola left college with a Medical Secretaries Diploma in 1988 and moved to London where she lived and worked in the West End. She joined London Fire Brigade in 1995 serving as a firefighter and then crew manager until she transferred to Gloucestershire Fire and Rescue Service in 2001 to be a Sub-Officer.

During her time at Gloucester Service, Nicola was seconded to the Fire Service College as Station Manager (2007-2010) in the Incident Command Team, an opportunity and privilege that she was proud to be afforded.

She returned to the London Fire Brigade in 2013 where she is now a Group Commander in the Talent and Recruitment Team. Nicola strives to nurture and support people throughout their careers, as well as providing operational cover.

Her hobbies include cycling, diving and skiing and she plans to continue travelling to as many places as her leave and funds allow.

Sara Slater is Financial Services Manager at South Yorkshire Fire and Rescue. She couldn’t resist the opportunity to join WFS and was elected Treasurer in March 2021. Sara is looking forward to contributing to the future direction of WFS and especially working with inspirational people and leaders.

She joined the fire service in February 2019, is loving her role and working with great people, including WFS Corporate Director Alex Johnson. Before joining the fire service, she was Finance Manager for South Yorkshire Police and Crime Commissioner. Before that, she spent several years working at the British Council.

Sara is an active member of her son’s school’s Parent Teacher Association and has previous experience on committee boards of the Woodcraft Folks and Lockerbrook Outdoor Activity Centre based in Derbyshire.

Living in Dronfield with her partner and son, she loves to spend time with family and friends and has a secret passion for jigsaw puzzles! In her leisure time, Sara enjoys good books, walking and cycling, and a love for growing vegetables, which she was inspired to do during the Covid-19 pandemic.

Miriam has worked in the fire sector since 2016. Following a period of employment as Director of People and Development for Humberside FRS, she has successfully run her own business as an HR, OD and Training Consultant since January 2021. Previously, Miriam has worked extensively on the National People Agenda in fire serving on the NFCC People Programme Board, co-chairing the National People Engagement Forum, being a member of the Technical Advisory Group for HIMCFRS, being on committee for the Asian Fire Services Association and WFS UK. Her consultancy business is focussed on the fire sector and she holds contracts with several fire service’s around the country. She also works at London Fire Brigade on an interim basis leading on their Training and Professional Development work.

Miriam has been a part of WFS since she started her fire service career and a member of the National Executive Committee since 2019, leading on Coaching and Mentoring. She said, “WFS is an amazing organisation that has given me support and guidance through some very difficult times. As a wheelchair-using, neurodiverse woman, I aspire to help WFS look at Intersectionality within the sector, linking with key stakeholders to provide a role model to fire services on Diversity and Inclusion. Working closely with the wonderful Jules King and the other Directors, we can build on the work Cheryl Rolph did previously in the role, to go from strength to strength as a leading diversity voice in the sector.”

Miriam is a mother and grandmother whose grandson Roman Bear is the apple of her eye. She enjoys gardening and gaming, but her family are her foundation and her motivation for everything.