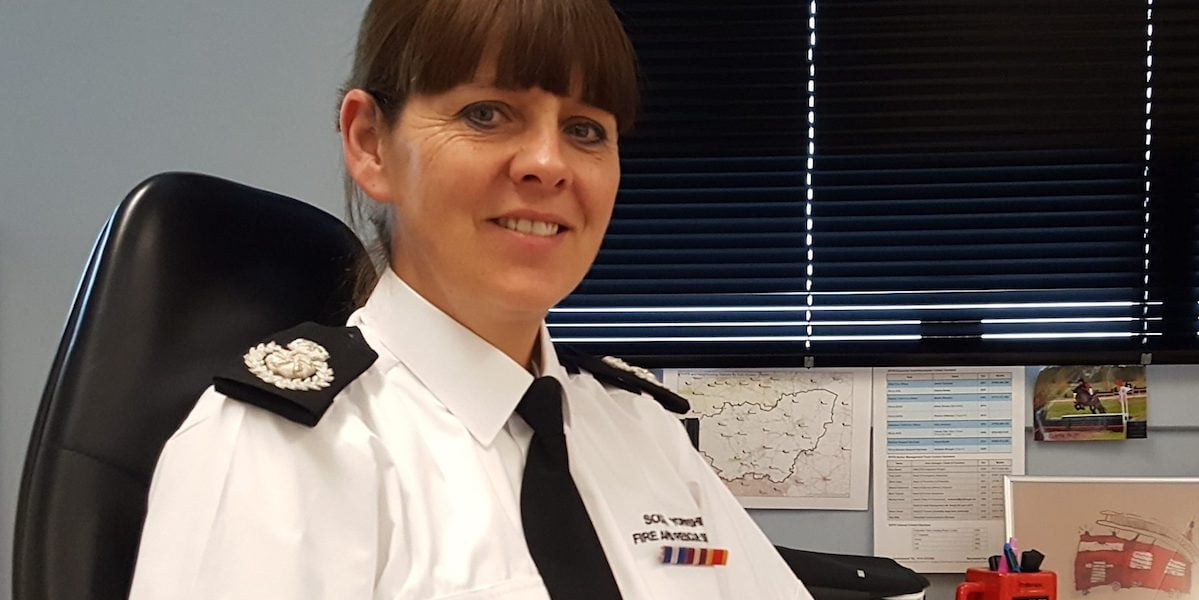 We were incredibly proud to hear of Alex’s appointment as Chief Fire Officer for South Yorkshire Fire and Rescue Service (SYFRS).

Alex joined Derbyshire Fire and Rescue Service as a Firefighter in 1992 aged 24. This was at a time when less than 1% of the UK’s firefighters were women (The Guardian, 2019). She worked her way up the ranks and was promoted to Deputy Chief Fire Officer at SYFRS in 2017.

‘I am especially thankful to Women in the Fire Service and the WFS National Committee Members. Without the support and words of wisdom from strong and inspirational women such as Cheryl Rolph and Dany Cotton; I’m not convinced I would be where I am today.

For those looking for a career in the fire and rescue service, or aspiring to try different roles, have the self-belief to take on new challenges and have a go. Join in with groups and networks too, that can really help build your self confidence.’

Alex received Most Influential Woman in Fire award at the Excellence in Fire & Emergency Awards this December. She was also Leadership Excellence runner-up in the Guardian Public Service Awards in November 2019.